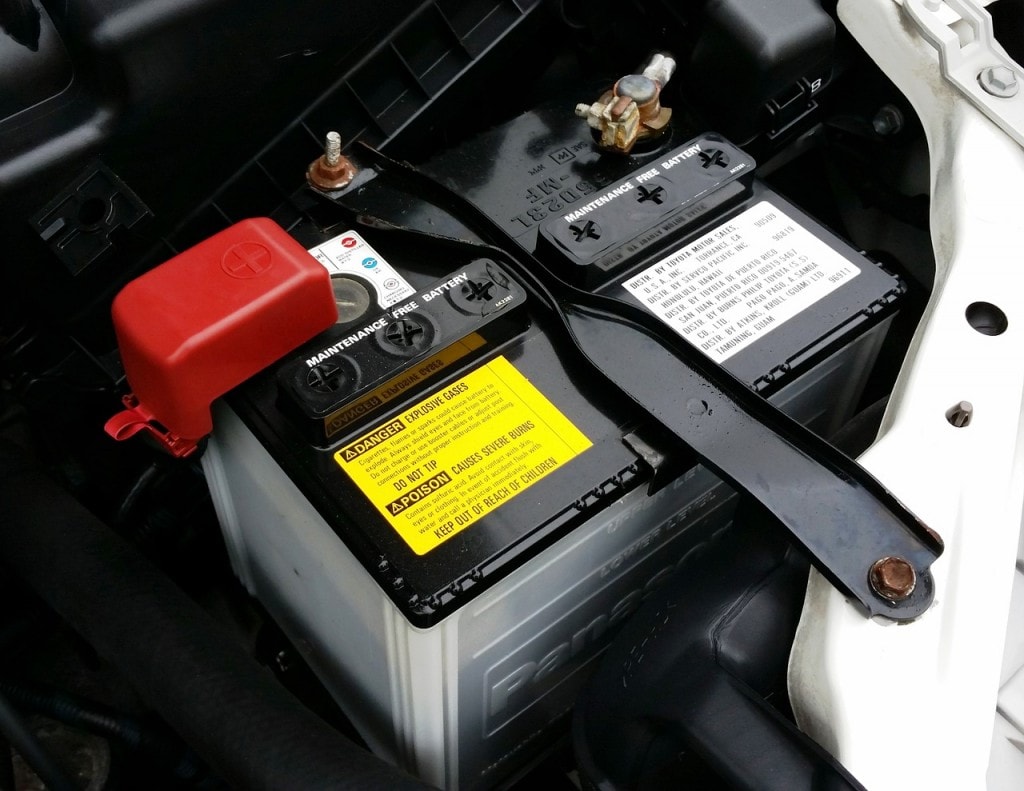 A well-timed battery check can keep you running through winter with no problems.

Have you ever had your car battery checked? If the answer is ‘no’, you could be signing up for a winter call-out.

Chilly winter weather can have a negative effect on the life of a car battery, but the onset of colder days also means that the demands placed on it increase. We turn on the lights more often and ramp up the heating. And if you are lucky enough to have heated seats, you will also drain the battery’s power.

Clever car designs also make the life of a battery harder. Power steering, electric windows, and ‘stop-start’ technology (where the car re-starts repeatedly during a journey) all put extra strain on it.

Batteries are the root cause of many motorist headaches during winter. According to the RAC, breakdowns caused by car batteries are the number one cause of call-outs. In 2015, the RAC attended 2,402,225 breakdowns, of which 31% were due to battery issues.

But you don’t have to resign yourself to winter breakdowns, and you may not even need a new battery.
In 2015, 70,900 of battery call-outs to the RAC were due to the battery becoming non-serviceable, but 38,600 were the result of a battery that simply needed re-charging.

The easiest way to find out if you are in danger of a battery breakdown is to get your battery tested – and you can get it done for free.

We offer a free battery check, and if your battery does need re-charging, the team can help you out. If a new battery is needed, we can also ensure that the right one is fitted.

Fitting the wrong battery means it won’t have the correct CCA (Cold Cranking Amp) rating and it won’t give your car the power it needs. We can check that the battery with the right rating is fitted so you don’t have to worry about unnecessary breakdowns. All of our batteries are fully guaranteed and some are covered for up to four years.

For added convenience you can have the battery fitted while you wait.

Once your battery has been recharged or replaced, you can keep it going for longer by following a few tips.

The cold makes it harder for the engine to turn over, which puts added strain on the battery. Keeping your car out of the worst of the weather can therefore be a big help. If you have a garage, make the effort to put your car away at night as this will protect its battery from the lowest temperatures.

It’s also important to remember to turn off your lights – something many motorists overlook. Indeed, on just one day in 2012, the RAC attended 263 battery-related breakdowns that were caused by drivers who had forgotten to switch off their lights.

Taking your car on a regular, reasonably long journey is another key tip as lots of short journeys won’t charge up the battery. Over Christmas, many of us huddle at home, but this can cause problems when it is time to get behind the wheel again.

Unsurprisingly, the first Monday after Christmas is traditionally the biggest breakdown day of the year. To avoid falling into the same trap, remember to take your car for a spin.

All batteries will need replacing at some point, no matter how well cared for. However, getting it checked and re-charging it if necessary means that you may be able to avoid being stranded this winter.